As of December 6, 2021, PHP 7.3 will no longer be supported by the PHP community. That’s why you should upgrade to a newer version now. Anyone running PHP 7.3 on their server after the “end-of-life” date will not be protected against new security vulnerabilities. In the worst case this could lead to suddenly inaccessible websites or even data theft. In this article, we explain how PHP 7.3 fits in with past and subsequent versions and how to proceed with upgrading.

PHP – a short version history of the scripting language

Alongside Python and JavaScript, PHP is one of the most popular server-side web programming languages. Popular web platforms such as content management systems WordPress, Joomla! and TYPO3 are built on the language. MediaWiki - the software that powers Wikipedia, the online learning platform Moodle and many other well-known and popular web-based systems are also written in PHP.

Even though the scripting language used to have a somewhat dubious reputation among developers, the PHP basics are easy to learn. Building a website in PHP is quite fun. You learn a lot about how the ubiquitous client-server applications work and what a website is made of.

With the release of PHP 7 there was a big leap in development. The release revitalized the community devoted to the programming language. Originally dubbed “PHP next generation” (phpng), PHP 7 optimized performance. The refactoring of the Zend engine had paid off: WordPress-based benchmarks showed almost twice the speed of the previous version 5.6.

Subsequent versions PHP 7.1 and PHP 7.2 delivered improved details. PHP 7.4 is the current and final version of the 7 series. With PHP 8, the next major upgrade was delivered at the end of 2020.

Being an open-source project, PHP is developed by a community of volunteer programmers. Large companies contribute their share; Facebook, for example, has historically contributed a great deal to the development of the language. New versions are developed and released regularly. Every year, around the beginning of December, a new PHP version is released.

Each new release of PHP is actively developed for two years and regularly updated during this time. Subsequently, the version receives security updates for another 12 months. This ensures that newly discovered security vulnerabilities are not immediately exploited to cripple sites and steal data. At the same time, administrators are given plenty of time to prepare their systems for the move to a new PHP version.

In general, most software running on PHP 7.3 is compatible with PHP 7.4 or 8.x. However, it’s important to ensure that the software is up to date. Consider WordPress which requires version 5.3 as a basis for compatibility with PHP 7.4. 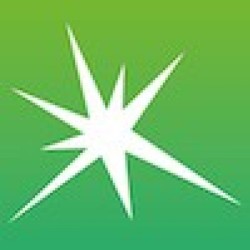